Genesis' Electrified G80 battery-powered sedan will go on sale later than expected. It will offer combined output of 365 hp and 282 miles of range on a single charge.

Former Tesla execs Matt Renna and Dustin Krause had been with VW since 2018, joining as the automaker prepared to sell EVs in the U.S. They departed in spring for jobs with EV startups as the German automaker begins producing ID4s in the U.S. for the first time.

Del Grande dealer group thrives in Silicon Valley by embracing the area's tech culture. The family enterprise invests in training, compensation and the perks expected in the California enclave.

Bruton Smith was a 'visionary' in retail and racing

General Motors said it made an undisclosed investment in UVeye, an Israeli-based automated vehicle inspection technology developer, through its GM Ventures unit.

As part of the collaboration, announced Wednesday, GM will have access to UVeye's technology, such as an underbody scanner that can detect frame damage; a system that checks tire quality and issues such as sidewall damage; and a 360-degree detection system that checks sheet metal and other external body issues.

"We're excited to have GM as a partner. They share the same vision regarding the customer and consumer experience at the dealerships," UVeye CEO Amir Hever said. "GM has the largest dealer network, with over 4,000 dealerships, which is the largest and most significant for us as UVeye."

GM has made the technology available to purchase for its dealership network to upgrade vehicle inspection systems in service lanes. Use of the technology will not be mandatory, said Dave Marsh, GM's technical integration engineer.

"Here's the plan. Once they see it and they hear their peers talking about it, I think it's going to take care of that itself. They're going to want to adopt it," Marsh said. "We're on a journey, and certainly, I think we can get to some critical mass in a relatively short period of time."

Dealers can expect to pay a monthly service fee of "a few thousand dollars" for the technology, Hever said.

Marsh said some dealers are already using it and have found it beneficial.

"It's amazing the difference it's making from the customer experience," Marsh said. "By the time we're done, I think we're gonna mark this day, and I think we're gonna say 'They started to change the way customers are treated on the service line.' "

GM is the fourth automaker to invest in UVeye, joining Toyota, Hyundai and Volvo. 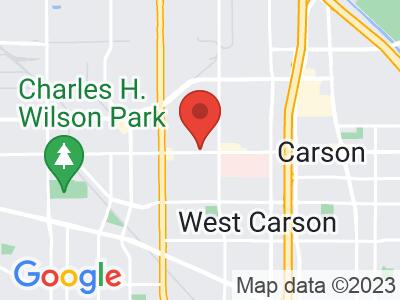 All advertised prices exclude government fees and taxes, any finance charges, any dealer document preparation charge, and any emission testing charge. While we try to make sure that all prices posted here are accurate at all times, we cannot be responsible for typographical and other errors that may appear on the site. We make every effort to provide you the most accurate, up-to-the-minute information; however, it is your responsibility to verify with the Dealer that all details listed are accurate. The dealership is not responsible for typographical, pricing, product information, advertising or shipping errors. Advertised prices and available quantities are subject to change without notice. All rates and offers are dependent on bank approval, which varies based on applicant's credit as well as the vehicle.
© 2022 DealerSync. All Rights Reserved.
Powered by DealerSync